Chicago, Ill.—NASCAR cancelling its June dates at Chicagoland Speedway in Joliet and racing planned for Indiana’s Daugherty Speedway being stopped by local and state officials are some headlines on the local racing front as the whole world is effected by the current Coronavirus, COVID-19 pandemic.

This past Friday, Chicagoland Speedway President Scott Paddock issued this statement, “The difficult decision to realign our race events was combination of where we fell on the schedule, proximity to NASCAR’s teams and the safety and well-being of our community and larger NASCAR industry.  We will miss the road of the engine at Chicagoland Speedway this season, but we will be rooting for and supporting our NASCAR colleagues at Darlington Raceway as competition returns on Sunday, May 17.”

Seemingly right after this announcement, social media was abuzz with rumors about the future of Chicagoland Speedway and/or the adjacent Route 66 Raceway dragstrip and dirt oval.  Posted on Facebook was a April 8th notice from the Plan Commission of the City of Joliet for a public hearing meeting on April 16, 2020 in regards to the Preliminary Plat of Chicagoland Speedway Subdivision (W. Laraway Road and East Road) for the purpose of: to allow a future industrial development.  The topic was tabled at the meeting and apparently it involves some excess parking property.  The next planning commission meeting is scheduled for July 16.

Served with an Order of Cease and Desist from the Indiana Department of Health and with local officials putting up barricades to block roads to the speedway, track owner Michael Daugherty called off the program which was announced the weekend prior through social media and was to see several stock car classes in competition.  Attempting to follow social distancing with limited seating, the speedway saw pre-race spectator tickets sold out during the past week.

The speedway first opened in 1967 as Henry’s Speedway as local businessmen Avery G. Henry built the track.  The raceway, which has carried a number of names over the years, was taken over by Daugherty in 2014.  Regularly scheduled racing has not taken place at the speedway since 2018.  It was mentioned on the track’s Facebook page that the speedway would like to open before July 4, 2020.

Hats off to Sycamore Speedway and Shadyhill Speedway in Medaryville, Ind., for hosting open-house events for both fans and competitors.  The Sycamore dirt track held as race car parade through its grounds on Saturday afternoon, May 2, with fans being able to see a bunch of new race cars ready for the possible 2020 season.  Earlier on April 19, Shadyhill management opened the speedway grounds, giving fans a chance to take a lap or two around the dirt raceway.  Both events were reported to be well received.

Chris Czaszwicz, who won the 2011 Pure Stock (four-cylinder) championship at Illiana Motor Speedway, and his wife, Amanda, became parents for the first time, welcoming into this world their new-born son, Lincoln, on May 5.  Lincoln was brought home in the family’s 1956 Chevy Bel Air convertible – the continuation of a family tradition.  The Times of Northwest Indiana newspaper had a story with photos in its May 8th issue, explaining the tradition including Chris himself coming home in it from the hospital 31 years ago; Chris and Amanda riding in the car on their wedding day in 2019, and Chris’ parents Ben and Cathy also riding in it as newlyweds back in 1988.  Quite the family tradition.

A need for speed and to do some writing, the following is a look back at Chicago area racing 10 years ago.  The year was 2010.

Pretty much the dominant driver every Friday night, Brett Sontag scored another Late Model track championship at the Grundy County Speedway in Morris this season, giving Sontag a total of five Late Model crowns at the third of a mile paved fairgrounds speedway.  Sontag scored a total of nine feature wins during the year on his way to his third straight track championship.  Among Sontag’s victories were the 94-lap Frank Welch Memorial event in July and a season finale 40-lapper during the Steve Thinnes/United Midget Auto Racing Association (UMARA) hosted event in October.

Chad Proctor garnered his second consecutive Grundy Mid American Sportsman title at Grundy, while Chad Bayuk made off with this third straight Street Stock driving championship at the speedway.  Ryan Hill was the 4 Cylinder division titlist.

Being the first driver in track history to win two division championships in a single season, Jeff Cannon added his name into the Illiana Motor Speedway record books a couple of more times this past season.  Cannon captured his third Super Late Model title at the Schererville, Ind. half-mile, paved oval, winning four feature races during the campaign.  He also was the track’s Limited Late Model division champ, scoring an impressive 10 feature wins.

Bill Serviss became a four-time track champion for Illiana’s Turbo Stox division ranks, while Chris King notched his second Legends division title.  Helen Nester became the first woman to win a stock car championship at the speedway as she made off with top honors in the Pure Stock (four-cylinder) class.  Boris Jurkovic became the 24th different winner of Illiana’s annual Tony Bettenhausen Memorial 100 as he defeated Brett Sontag and Eddie Hoffman in the 49th running of the traditional Chicago area race.

Ted Loomis was the Late Model champion at the Kankakee County Speedway, which was part of the DIRTcar UMP late model competition.  Loomis posted two feature wins during the season at the third of a mile dirt oval, winning his third driving crown at the fairgrounds track, previously winning in 2004 and 2005.

With the track changing ownership during the season, racing at Sycamore Speedway in Maple Park did not “miss a beat” with Charlie Olson winning his first Super Late Model championship at the dirt speedway, which features a quarter-mile and another, little larger oval.  Paul Ermel (Late Model), Jimmy Stephens (Spectator), Danielle Heath (Powder Puff) and Chad Askeland (Compact) were other Sycamore division titlists.

Nick Allen was again the UMP Modified division champion at the Shadyhill Speedway in Medaryville, Ind. – his fourth modified crown at the quarter-mile dirt oval.  Allen won eight feature races at Shadyhill, giving him a total of 14 in Midwest action with Allen finishing third in UMP “national” modified point standings.

For the second consecutive year, Allen Gillis was the midget driving champion of the Illini Racing Series.  Gillis won six features on his way to the title.

For the second time in his career, Eddie Hoffman was the champion of the Late Model Northern Series, formerly known as the ASA Late Model Series Northern Division.  Also the series champion in 2008, Hoffman scored two victories on his way to the title.  In October, United States District Court ruled that series headman Ron Varney could no longer use the ASA name. 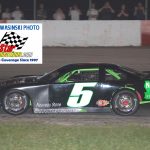 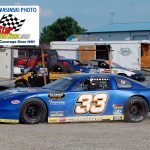 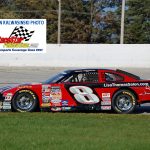 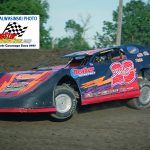 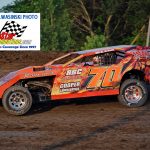 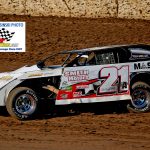 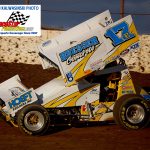