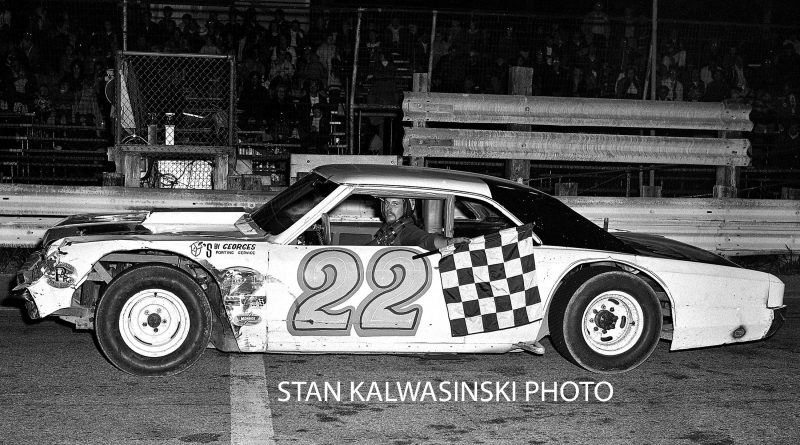 Next up on the Midwest Tour schedule is the All-Star 100 at the Rockford Speedway on Saturday evening, June 29.

Van Der Geest, from Merrill, Wis., and a graduate of Bandoleros racing, had third fast time earlier in the day behind fastest qualifier Joe Valento.  Van Der Geest, ready to become a sophomore in high school in a few months, is the son of Jay and Kristen Van Der Geest.  Jay Van Der Geest is a Wisconsin late model stock car owner, fielding several cars including one for ARCA Midwest Tour regular, Jason Weinkauf.  Young Van Der Geest, perhaps the youngest winner in “Milwaukee Mile” history, held off the late-race challenges of fast timer Valento.  Prior to a five-laps-to-go, caution flag, Van Der Geest seemed to be pretty much in control of his run to the checkered flag.

“I was really hoping that I could go without a caution,” said Van Der Geest after his win.  “I had a 10-car length lead but when the caution (flag) came out, it really made me nervous.  I was just glad I could pass him (Joe Valento) back.  I was thinking, ‘I have to drive it as hard as I can these last few laps.’  I was worried about him (Valento).  He was fast all day.”

Asked about his victory at the Milwaukee, Van Der Geest said, “It’s so much fun to run (here).  You have so much speed going into the corners.  It’s really a driver’s track too.  It’s a lot about how hard you can drive it into the corner and how fast you can get back on the gas.  (It seems) you are always on the gas.  When is the corner coming up?”

Pool, who races out of Tinley Park, Ill., grew up in Chicago and was involved in drag racing before going “circle track” racing.  Pool began his stock car racing career at Illiana Motor Speedway in Schererville, Ind., in 1972, wheeling a Chevelle in the track’s sportsman division.  He won a few sportsman class feature races in 1973, driving a 1967 Chevelle.  Later, Pool moved into the late model ranks at Illiana and competed there as well as at most other Chicago area speedways.

Retiring from active competition, Pool got behind the wheel again several years ago, competing in vintage stock car competition.  He won three straight vintage events (2017, 2016 and 2015) during the annual Oktoberfest racing weekend at Wisconsin’s LaCrosse Fairgrounds Speedway.  Pool finished third last year (2018) but the first two finishers were reportedly disqualified after a post-race weigh-in.  So, is that four-in-a-row for Pool at LaCrosse?  Pool used his “proven” 1970 Ford Torino to get the job done at Milwaukee last Sunday.

Four-time Midwest Tour champion Ty Majeski grabbed fast time honors during Midwest Tour qualifying Sunday, getting around the historic oval in 28.350 seconds for an average speed of 126.984 miles per hour.  36 cars took timed runs.  In May of 1978, Mark Martin was the fastest qualifier for the first American Speed Association (ASA) race event ever held at Milwaukee, posting a time of 31.454 seconds.  41 years and a difference of three seconds!

Ron Weyer of Richfield, Wis., won the Vercauteren Memorial Mid American Stock Car Series 20-lap headliner, defeating Rick Corso and Scott Ascher.  Grundy County Speedway regular Aaron Shelton seemed to be on his way to the victory until he and Mark Pluer tangled for the lead with four laps to go, setting off a scramble on the backstretch that put defending series champion Ron Vandermeir Jr. on his roof for a moment.

A whole bunch of open-wheel race cars were on hand for the Vintage Indy Registry exhibition runs, which brought back a lot of memories about the “Milwaukee Mile” when the speedway was the site of annual Indy car and USAC stock car competition.

It was reported that Bob Sargent of Track Enterprises, who promoted the day of racing at Milwaukee, has indicated that racing will return to the “Milwaukee Mile” in 2020.

With rainouts seeming to be the big winner so far, the DIRTcar Summer Nationals Hell Tour has seen only three dirt late model feature races held with reigning series champion Brian Shirley of Chatham, Ill., winning two and Brandon Sheppard scoring one.  The race scheduled for Tri-City Speedway in Pontoon Beach, Ill., got rained out last night.  Rescheduling finds the Hell Tour at the Dirt Oval at Route 66 Raceway in Joliet on July 1 with the feature race make-up date for Sycamore Speedway being July 8.

With LaSalle Speedway closing its gates, the Bill Waite Jr. Memorial Classic has been moved to the Dirt Oval at Route 66 Raceway with the annual event scheduled for Saturday, June 29.  Billed as Chicagoland’s largest sprint car and midget event, the racing will feature Ollie’s All Star Circuit of Champions and IRA Outlaw Sprint Car Series competitors in action in addition to USAC NOS Energy Drink National Championship midgets. 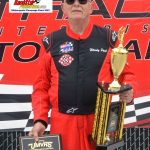 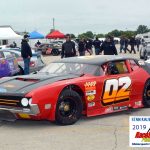 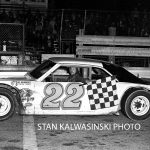 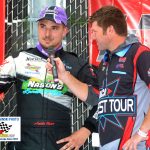 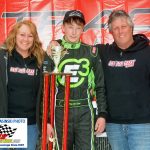 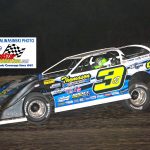