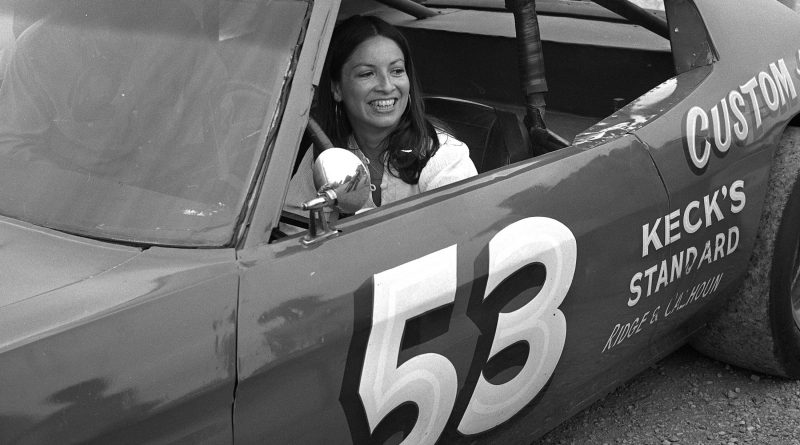 Chicago, Ill.—It seems like stock car racing has been on the television forever.  NASCAR and TV are almost like “apple pie and Chevrolet” – dating back to the brief, few minutes of NASCAR racing on ABC’s Wide World of Sports show in the 1960s.  It seemed like the racing, which included demolition derbies from Islip, N.Y., were always sandwiched in between ice skating and cliff diving.  Before all of this though, Chicagoland stock car racing was involved with television as this rather new medium was in its infancy.

In the June 10, 1952 issue of the Chicago Tribune newspaper Anton Remenih wrote in his column, Television News and Views, “Newest “sport” in television is stock car racing.  Professional TV bluenoses have already contemptuously dismissed it by classifying stock car racing with wrestling, and the roller derby.  But let’s not be too snooty.  While the sport will contribute nothing to the culture of the nation, it is pleasing many viewers.”

87th Street Speedway, on Chicago’s southeast side, hosted those first races that were telecasted on WENR-TV, Channel 7, at the time, with “Chick” Hearn, who grew up in Aurora, Ill., calling the action.  Hearn would go on to be a hall of fame TV broadcaster for the Los Angeles Lakers basketball team. The show from 8:00 – 9:30 pm was sponsored by Hauser Nash and would see local stock car racing’s debut on TV interrupted for some 10 minutes as a careless welder in the pits at the speedway burned thru a TV cable.

It was Tuesday night, May 13, 1952, and the Eddie Anderson and Bill Yancey-promoted raceway would see Indiana’s Gene Crowe win the 30-lap feature race, which was not televised that night.

The stock car races from Raceway Park would televised by WBKB, Channel 7, starting at 9:30 pm with track announcer Wayne Adams doing the play-by-play.  On Sunday evening, May 16, 1954, the races were televised with Bud Koehler winning the 25-lap feature race.  Living across from the speedway, Ted Janecyk was another TV race winner, capturing his first career feature win on May 29.  The season would see 17 one-hour Sunday nights of racing televised.

On Wednesday evenings, WGN-TV, Channel 9, would telecast the races from Santa Fe, which were promoted by Howard Tiedt and his associates.  The races ran from 8:30 pm until 9:30 pm and were sponsored by House O’Plenty.    Legendary Chicago major league baseball announcer Jack Brickhouse called the action.

WGN was on hand at Illiana Motor Speedway in Schererville, Ind., for a number of events in 1955.  Hammond’s Whitey Johnson, who would win the stock car championship at the speedway that year, was a feature winner in front of the TV cameras on June 8, 1955.  Hammond’s Marion Lowry was another TV winner on July 6.

Moving forward – a one-time telecast of sportsman division stock car races took place at Santa Fe Speedway in 1964 with USAC midget racing being featured during a telecast by WBKB, Channel 7, with Mel Kenyon grabbing feature honors on September 19, 1964.  A few dates of stock car racing from O’Hare Stadium were shown on the new TV station, Channel 26.

Racing from Raceway Park was shown on television in 1971 by WCIU, Channel 26.  Wednesday night action was shown from 9 to 10 pm.  Headed for the 1971 late model track championship honors, Ray Freeman won the late model feature during the first night of TV – June 9, 1971.  With Wayne Adams again doing the announcing, 13 race programs were televised with the final one being on September 1 as Bud Koehler scored the victory in the late model feature.  The STP Corporation, Gas City and Fireside Steak House were sponsors of the programs.

NBC-TV, Channel 5, came to Illiana in 1975 to do a live broadcast of their local TV show, Chicago Camera.  Co-hosts Jerry G. Bishop and Linda Alvarez were on hand to learn some of the insights of auto racing before an evening of USAC midget racing took place on Sunday evening, July 13, 1975.

In the early 1980s, SportsVision carried some local racing action with Chicago’s SportsChannel and ESPN doing some telecasts from Santa Fe Speedway in the late 1980s, including ESPN’s production of a USAC dirt late models event in 1987.

For some 30 years, Bill Wildt has hosted his Motorsports Unlimited show on local access cable TV.  The show, known as the one “with the girls with the feathers,” has pretty much covered the entire spectrum of motorsports, including many trips to local speedways.

TV and stock car racing – a big part of our lives for a lot of us. 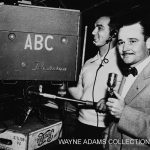 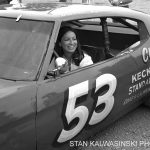 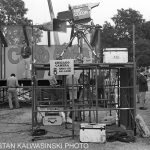