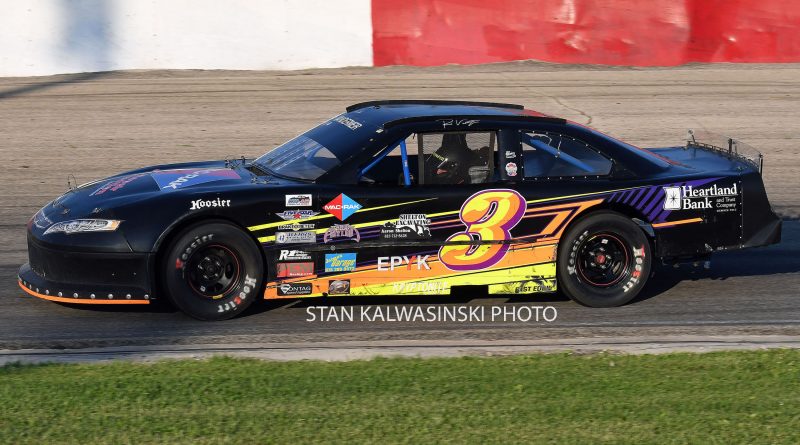 Chicago, Ill.—The Vandermeir Family has been in Midwest stock car racing for a long time, dating back to the early 1950s at Chicago’s Soldier Field, where Andy Granatelli promoted racing before tens of thousands of fans each week.

“We went to the races once at Soldier Field my brother (Jerry) and me,” remembered 87-year-old Jim Vandermeir recently.  “That’s how it started.  We went home and built a car.  I was 14 (years old) and my brother was 18.  We had an old Cadillac.  They called it the ‘Silver Bullet.’  When I turned 16, I had a ’36 Ford and I turned it into a race car and I ran for a while.  I was kind of rotten.  I had a Cadillac motor in it.”

The Vandermeirs were among dozens of drivers that tested their skills among some of the best in the business, including future Indianapolis 500 winners, Pat Flaherty and Jim Rathmann.

“I’ll put it this way.  It was like being in a lion’s cage,” recalled Jim Vandermeir about racing at Soldier Field.  “You had Jim and Dick Rathmann, Pat Flaherty, Tom Pistone and Gene Marmor.”

Jim Vandermeir also ran on the dirt during his early career.

“Howard Tiedt, who owned Santa Fe Speedway, just had opened the track (in 1953) and wanted to know if I wanted to run there.”  Jim Vandermeir was listed in the Santa Fe Park souvenir program in both 1957 and 1958.

Jerry, Jim and brother, Gene, would all compete at O’Hare Stadium, the banked, quarter-mile oval in Schiller Park, Ill., that opened in 1956.  They grew up in the area that is now known as Rosemont, Ill.  Jim Vandermeir had a ’56 Chevy in 1958 and raced in the late model division.

In the spring of 1959, Jerry and Jim were all set to race at O’Hare.  Jim had a ’57 Chevy No. 17 and Jerry a ’56 Pontiac, both sponsored by Jerry’s Auto Repair – Jerry’s business in Bensenville.  Jerry ended up competing in the Cadet (sportsman-type) division and won eight feature races, including the division’s 50-lap Season Championship race on August 21 in his brother’s ’57 Chevy.  Jerry, hailing from Park Ridge, Ill., bested Bob Chamberlin and Eddie Patrone.  Al Rak won the Cadet track championship that eyar with Patrone ending up second with Jerry, who got a late start in the Cadet ranks, finishing third.

Late in 1959, Jerry Vandermeir raced his ’57 Chevy on the road course at Meadowdale International Raceways in Carpentersville, Ill.  On Sunday afternoon, October 11, Vandermeir finished 12th in a 25-lap event on the twisting 3.27-mile course after starting well back in the 30-car field.  O’Hare’s racing association, Short Track Auto Racers, headed by Frank “Ham” Lobaza, sanctioned the event.  Gene Marmor in his ’57 Chevy was the race winner followed by Tom Pistone and Don Odell.

The June 10th issue of Midwest Racing News reported with a headline – “Jim Vandermeir Scores First O’Hare Late Model Victory”, Chicago, Ill., June 6—Tonight emerged as the happiest ever for Jimmy Vandermeir of Melrose Park, Ill., as he captured the first late model feature event of his career after trying for five years here at O’Hare Stadium.  Driving the Vandermeir Racing 1964 Chevrolet (convertible), he passed Chicagoan Terry Parker on the final lap of the 25 lapper to score the popular triumph. “

“I raced all over,” said Jim Vandermeir.  “I ran Sycamore, Rockford, Raceway Park – all over the place.  They ask why I don’t have a championship.  It’s because I ran all over.”  Jim Vandermeir’s name pops up in the Raceway Park records for winning a Novice division heat race in 1959.

Jim Vandermeir concentrated a lot of his racing efforts for a time at the dirt oval in Sycamore, Ill. – the Bob-Jo Speedway.  He would finish 11th in the late model standings in 1967, driving his No. 17.

From time to time, the Vandermeir team would let other drivers wheel their cars, including veteran driver and former Bob-Jo champion Dick Schulze.  Schulze finished 12th in the points at O’Hare in 1965 in the Vandermeir Racing Chevy convertible No. 2.

One of Jerry Vandermeir’s last years at O’Hare was 1967, coming home 31st in the points after competing early in the season in the Vandermeir Racing Team ’64 Chevy No. 9.

Jerry Vandermeir’s son, George, competed at the Grundy County Speedway in Morris, ill., in the 1970s, racing in the six-cylinder and late model divisions.  In the spring of 2020 and with the COVID-19 pandemic hitting the United States hard, George Vandermeir was interviewed on television’s 60 Minutes for his efforts at building ventilators at the General Motors plant in Kokomo, Ind.

Jim’s son, Ron, raced at Santa Fe Speedway in the sportsman division during the early 1990s, finishing 17th in the points in 1992. Ron watched his son, Ron Jr., become a front runner at the Grundy County Speedway, competing in both the street stock, Mid American Sportsman and late model ranks.

Ron Vandermeir Jr. started racing at Grundy in the street stock division in 2005.  He moved into the Mid American class in 2007, finishing sixth in the points with two feature wins to his credit.  Ron Vandermeir Jr. raced in the late model division in 2010, grabbing rookie of the year honors and winning a late model feature race on July 2, 2010.  He came back to the Mid American division, winning the 2016 championship at Grundy and scoring seven feature wins on his way to his first championship.

At the age of 38, Vandermeir Jr. has now won three consecutive Mid American Stock Car Series championships, wrapping up the season last weekend at Wisconsin’s LaCrosse Fairgrounds Speedway during the track’s annual Oktoberfest Race Weekend.  The Sheridan, Ill., resident won three Mid American series races in 2020, including one at Grundy – giving him a total of nine tour victories over the past three seasons.

The Vandermeir Family – quite the racing clan. 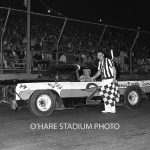 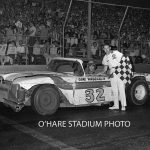 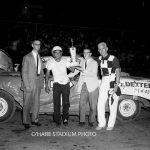 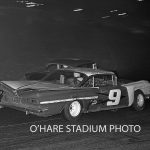 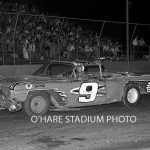 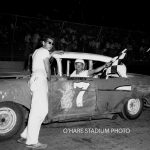 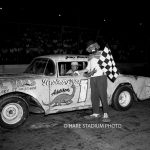 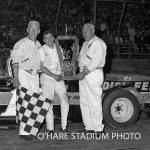 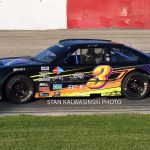 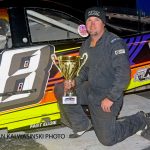