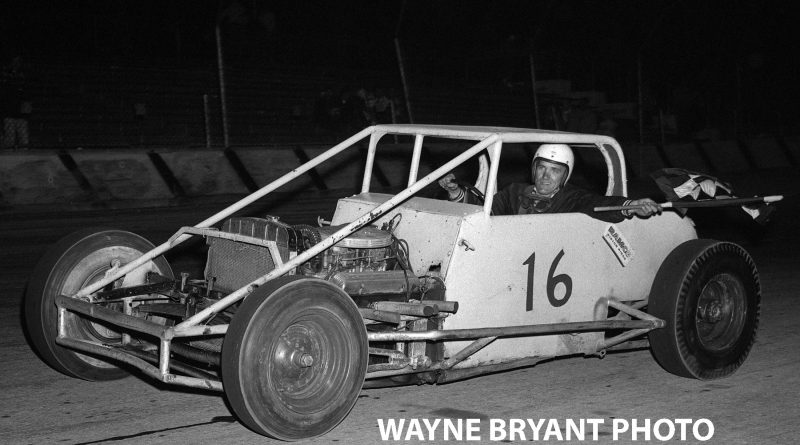 Chicago, Ill.—Well the weekly racing season is about to get underway in these parts.  Rockford Speedway and Sycamore Speedway, along with Indiana speed plants South Bend Motor Speedway and Plymouth Speedway, plus Wisconsin’s Wilmot Raceway, are all slated to kick off their 2019 seasons this Saturday evening.

The high-banked, quarter-mile, paved Rockford oval gets its 72nd season underway with a full program of NASCAR Weekly Racing action, including NASCAR Stanley Steemer late models.  The opening green flag of the season is set for 7:07 pm.

A couple of “don’t miss” dates at Rockford this season include the ARCA Midwest Tour All Star 100 on June 29 and the track’s annual National Short Track Championships weekend – September 27, 28 and 29.

The Sycamore dirt oval is ready to begin its 56th season of stock car action on Saturday evening.  Dirt late models, the track’s super late models, street stocks and four-cylinder pure stocks will make up the racing card.  Qualifying is set for 6:30 pm with racing to follow.  The DIRTcar UMP Summer Nationals is scheduled for Sycamore on Friday evening, June 14 with a $10,000-to-win feature on tap.  The Summit Racing Equipment modifieds will also see action.

Grundy County Speedway in Morris, Ill., kicks off its 49th season of weekly paved track stock car action on Friday, May 3.  Super late models, Mid American sportsman, street stocks and four-cylinders will be in competition on a pretty much weekly basis.  An early-season late model special – the annual Frank Welch Memorial 94 will be held on Saturday evening, June 1 – a definite deviation from the regular Friday night schedule.  POWRi midgets will again be in action at Grundy this season with the midgets making early season appearances on Friday, May 31 and then on Saturday, June 8.

An almost year-long project to determine all-time super late model feature winners at Grundy has been completed.  Five-time track champion Eddie Hoffman leads all drivers with 134 feature wins.  Larry Schuler with 78 and Ed Hoffman with 72 are second and third on the list.  Dave Weltmeyer (66 wins), Brett Sontag (41), Frank Gawlinski (36), Tom Jones (32), Ray Young (25), Ricky Baker (24) and Tracy Schuler (24) round out the all-time “top 10” winners since the track opened in 1971.

Congratulations to Boris Jurkovic on his super late model victory on April 20 at Michigan’s Berlin Raceway.  Jurkovic wheeled his Rowdy Manufacturing-built, Reliable Recovery Services-sponsored Camry to the victory in the 8th annual Icebreaker 75, as he defeated Michigan speedster Brian Campbell.  Not really certain but Jurkovic’s victory could have been the first one by an Illinois driver at Berlin.

Jim Anderson of Joliet is among the entries for USAC Silver Crown Champ Car Series race on the pavement at Ohio's Toledo Speedway this Saturday night for the Hemelgarn Racing/Super Fitness "Rollie Beale Classic."  Anderson will drive the Joliet-based Kazmark Motorsports No. 92 entry.  Still considered a USAC Silver Crown division rookie, Anderson, who won local midget racing championships with the old United Midget Auto Racing Association and the disbanded Short Track Auto Racing Series in the past, turned in several impressive Silver Crown runs last year, including a fourth place finish at Wisconsin’s Madison International and a eighth place in his Silver Crown debut at Lucas Oil Raceway at Indianapolis.

The ARCA Midwest Tour late model series kicks off its season with the Joe Shear Classic 200 on Sunday, May 5 at Madison – “Wisconsin’s Fastest Half Mile.”  On Father’s Day, Sunday, June 16, the series will be at the “Milwaukee Mile” as auto racing returns to the West Allis, Wis., speedway on the grounds of Wisconsin State Fair Park for the first time since 2015.  A 10-event schedule makes up the ARCA Midwest Tour slate with the series finale again set for Wisconsin’s LaCrosse Fairgrounds Speedway in early October.  Unfortunately, the annual Wayne Carter Classic at Grundy is not on this year’s schedule.

Condolences to Bob Talaski and his family on the recent passing of his mother, Barbara Talaski at the age of 100.  Bob Talaski was a long-time track official at Blue Island’s Raceway Park where Mrs. Talaski sold tickets for some 15 years.

Finally, what else can be said about Wayne Adams' recent 100th birthday celebration?  Some 200 well-wishers came to say “Happy Birthday” to Adams at Teibel’s Restaurant in Schererville, Ind., on Saturday, April 13.  Two days later, the Village of Dolton (Illinois) honored Adams by co-naming the street Adams has lived on for some 50-plus years to “Wayne Adams Way.”  Three major Chicago television stations were on hand to do a feature on Adams.  He was the track announcer at Raceway Park from 1947 through the 1989 season.  Adams’ first night announcing at the speedway was Saturday, August 2, 1947 with “Doc” Shanebrook winning the 25-lap midget feature on the dirt surface ahead of Tony Bettenhausen. 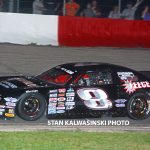 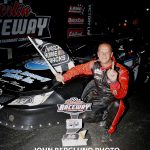 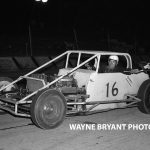 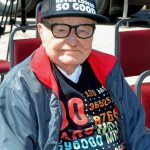