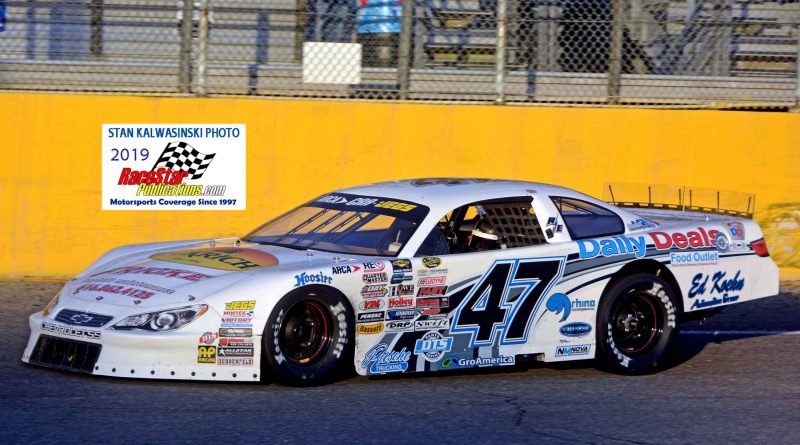 Marne, Mich., June 10—For the second straight year, Brian Campbell took home the big money as he won the “Money in the Bank 150 presented by Primera Plastics” late model stock car special at Berlin Raceway Monday night.  The 40-year-old Campbell, who lives a short ride from the track in Wyoming, Mich., wheeled his Daily Deals/Gro America/Senneker Performance-sponsored Chevrolet SS to a $20,000 payday as he took the checkered flag with a 1.474-second advantage over Travis Braden in the ARCA/CRA Super Series non-points race.

Illinois racer Boris Jurkovic, who had won the first two late model specials at Berlin this year, finished third, coming from a 16th starting spot in the 30-car field.  Georgia late model standout Bubba Pollard, who won the race in 2017, finished fourth, followed by Brian Bergakker, who tore up his car in a qualifying crash.

Roderick, who started in the front row pole spot, led the opening laps with the first of six yellow flags coming out with six laps complete because of a multi-car fracas between turns three and four.  On the restart, Johnny VanDoorn quickly took over the lead and rolled along with a comfortable lead until the second yellow flag flew with 56 laps in the books.

Roderick got back in the lead after the restart after he and VanDoorn ran side-by-side for a few laps.  Campbell, who started sixth, shot by VanDoorn for second with VanDoorn slowing because of an ailing engine which would put him out of the race.  Another yellow flag flew with 62 circuits complete with Campbell charging into the lead right after another double-file restart.

Campbell seemed pretty much in charge, out front and leading the way, only to give up the top spot when he and most of the other front-running cars pitted with 112 laps complete.  Fast qualifier Preston Peltier, who had pitted earlier, was now the leader only to give up the number one position to Campbell rather quickly.

Two late-race cautions erased Campbell’s commanding leads but Campbell was up to the challenges and maintained the top spot to the finish at the seven-sixteenths-mile, paved oval.

“I was pretty much praying for no yellows, said Campbell after his win.  “We didn’t need them and didn’t want them.  The car was great all night.  As soon as it got dark, the car got pretty fast.”

Phil Bozell won the evening’s 60-lap feature for Main Event Outlaw Tour late models.  Bozell, the 36-year-old, third-generation racer from Portage, Mich., captured his first career feature race at Berlin.  Getting by his dad, Andy, for the lead, Bozell pretty much coasted to the victory in a race that only saw 10 cars start.  Finishing behind Phil and Andy Bozell were Adam Terry, Mike Root, Brandon Hermiller and Monte Tolan.

“There was no sense pushing the car,” said Phil Bozell.  “This place is hard on tires and I wanted to make sure I had tires on it in case there was a late caution.  I was just racing on my gap (lead margin) over second (place).” 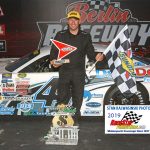 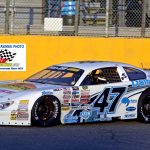 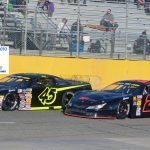 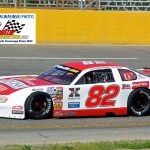 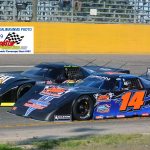 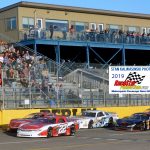 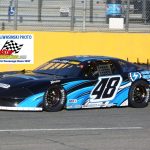 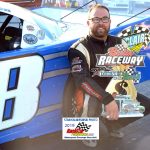 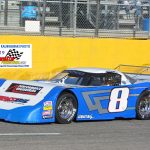 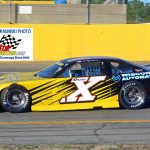 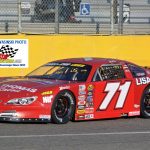 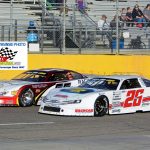 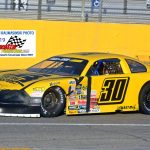 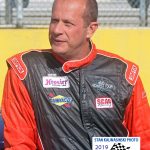 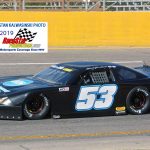 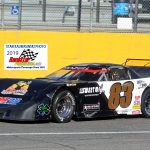