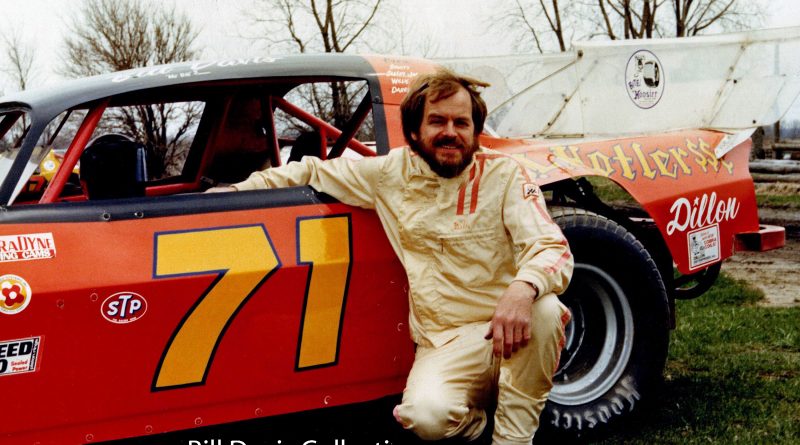 It seems that Bill Davis has always been a racer.  The Chesterton, Ind., resident, who turned 80 years old recently, enjoyed a successful stock car racing career in both late models and, later, modified stocks.

“I’ve always been a ‘motor head’,” reminisced Davis a few years ago.  “I probably started messing with cars when I was eight years old.”

Getting older, Davis had his problems with driver’s licenses and the street.

“Me and the street didn’t get along very good,” also remembered Davis.  “I didn’t have a driver’s license during the first three years or so when I could drive (legally).  I kept getting tickets and they took away my license three different times.  I finally got into the racing thing and satisfied myself on the track instead of on the street.”

In 1959, when he was 19 years old, Davis started his stock car racing career at the old Broadway Speedway, which was located northwest of the corner of Summit Street and Broadway Ave. (Route 53) in Crown Point, Ind.

“A guy down the road had an old Hudson stock car that he had been running,” recalled Davis.  “He told me I could race the car.  My brother and I took it to the race track the first night and it didn’t have any brakes.  I could hardly do anything with it.  We worked on it the following week and got some brakes on it.  The next week I won a heat race right off the bat.”

The third night of his racing career was another story all together.

“My driving style at that period of time was not very good,” said Davis.  ”I was kind of rough.  Some of my friends (other drivers) didn’t respect me after the racing (those first nights).  Matter of fact that was the last night that Hudson ever ran.  They (the other drivers) wrecked it so bad.  I drove it off the race track and it was broke in the middle.  It wouldn’t go no more.  I gave up on the sport for a while (about six years) after that.”

Getting back into racing, Davis began competing at Broadway.  1970 saw him racing on both the dirt and on the pavement at Illiana Motor Speedway in Schererville, Ind., in a ’67 Chevelle.  He was fifth in the points at Illiana in 1971 and ninth in 1973, piloting a 1972 Chevelle.

Davis took his ’72 Chevelle, carrying his familiar number ‘71’ on its sides, and converted the car for dirt track action in 1974.  He raced at Broadway and Indiana’s Rensselaer Raceway and was a feature winner.  Wheeling his trusty Chevelle, Davis was third in the points at Rensselaer in 1975. He started the year by grabbing a season-opening feature win at Chase Raceway in Boswell, Ind.

Davis brought out a fresh 1976 Camaro for the ’76 racing season and captured his first of many late model track championships at Broadway.  He finished sixth in the points at Rensselaer.  In 1977, Davis was the overall champion of the Illiana Clay Racing Club, which, over the years and at a different times, was based on points from Rensselaer and either Broadway, Chase Raceway and the Kankakee Fairgrounds Speedway.  The Camaro-driving speedster was the champion again at Broadway, fourth in the standings at Rensselaer and third in the points at Kankakee, pretty much becoming a regular at the Illinois track for the first time.

Davis was again the champion of the Illiana Clay Racing Club in 1978.  He won three feature races at Rensselaer, wheeling a ’77 Camaro and raced pretty much three straight nights a week – Friday at Kankakee, Saturday at Broadway and Sunday at Rensselaer.  1979 was again pretty much the same routine for Davis with crew members Dudley Coleman and Larry Underwood keeping the Hardin’s Speed Service-sponsored Camaro in shape.  Over the years, Davis would also venture to Chicagoland’s Santa Fe Speedway for the late model competition.

1980 was an impressive season of racing for Davis, a full-time racer and part-time electrician, as he won track championships at his three weekly racing stops – Kankakee, Broadway and Rensselaer, winning a reported 14 feature races.  One of his victories was the Mid Season Championship at Kankakee which he won despite burns received earlier in the evening from a hot, water-spouting, radiator.

In 1980, Davis commented to Dennis Yohnka of the Kankakee Journal newspaper about his successful season and said, “This (racing) is about all I do.  I love it.  I think about quitting, but I figure someone will just come along and ask me to drive and I’ll be back at it.  So, I might as well do it in my own cars.  I would say my strength in this business is what to do with what I feel out of the car.”

Toting his late model No. 71 to the race track on weekends in a converted Chevrolet school bus with the saying “Racehound Lines” emblazoned on the sides, Davis continued his “chasing racing” at the three speedways, taking in a special event at other tracks from time to time and even venturing to Florida to compete in the winter months.

With the Rensselaer oval pretty much closing up after the 1986 season, Davis was the late model champion at Kankakee, winning one feature race in 1986, following that up with another Southlake/Broadway late model crown in 1987.

Moving towards the 1990s, Davis continued to compete, racing either his late model or late model sportsman cars pretty much at both Kankakee and Southlake.

Getting ready for a 100-lap feature at Southlake in September of 1990, Davis told Gary Post-Tribune newspaper writer Randy Shirey, “The old style (of racing) was more or less slam-banging and keep the guy from passing you however you could.  Now we’re into real racing.  In other words, if the guy is doing his racing like he is supposed to, it’s a matter of who’s fastest and can pass the other guy without knocking him off the race track.  The cars, the cost of them and the light weight of them, versus what we used to run, is so much different that you just can’t afford to go out there and bang ‘em around.  Now if you haven’t got a $50,000 operation, you’re not even hardly competitive.”

Racing his Midwestern Late Model (a late model sportsman-type car) and a new UMP modified, Davis had the distinction of winning both divisions’ feature races on the same night at Kankakee 1995 – a season of perfect attendance at the Kankakee oval for Davis.

Getting away from late model racing, Davis began competing solely in the modified ranks, winning modified championships at both Shadyhill Speedway in Medaryville, Ind., in 1996 and at Kankakee in 1997 and 1998.

In 2014, Davis, who was cutting back his racing, was wheeling his modified at Shadyhill and the Plymouth Speedway, which had been converted from a paved track to a dirt oval for modified racing in 2013.

Picking and choosing his races, Davis said, “I play the temperature and the weather.  If I don’t feel like it (racing), I don’t go.  I’ve got over 55 years of racing.  I use to race two or three night a week, every week for all those years.  I’ve done paid my dues as far as my racing career.  As long as I don’t get in anyone’s way, I’ll stay at it.”

Over the years, Davis helped numerous newcomers to the sport, including Mike Hollifield, who operates Buzzard Race Cars in Wheeler, Ind.

“He was the man when I started racing,” said Hollifield.  “I was knocking down the fences and he told me to bring that car to him.  He set it up and I proceeded to win 18 feature races.  He’s my mentor and friend.”

Suffering from emphysema, Davis competed for the last time around 2017, ending some 60 years of racing for the Chesterton speedster. 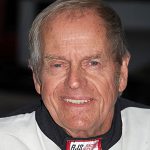 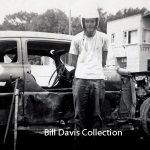 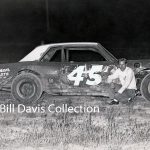 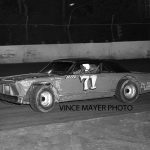 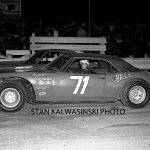 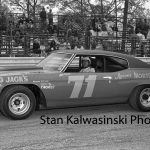 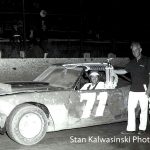 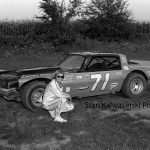 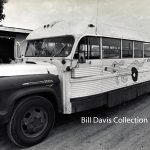 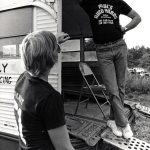 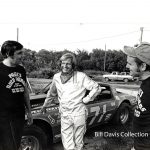 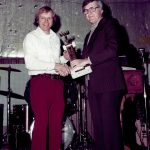 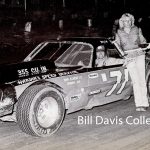 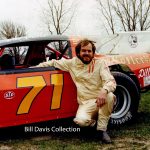 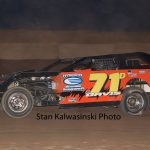 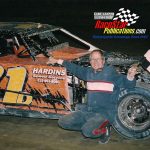 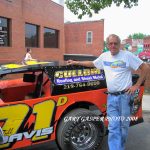 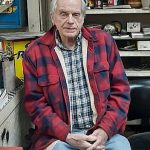 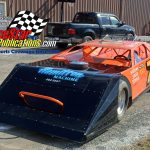 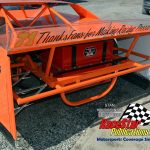 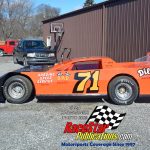