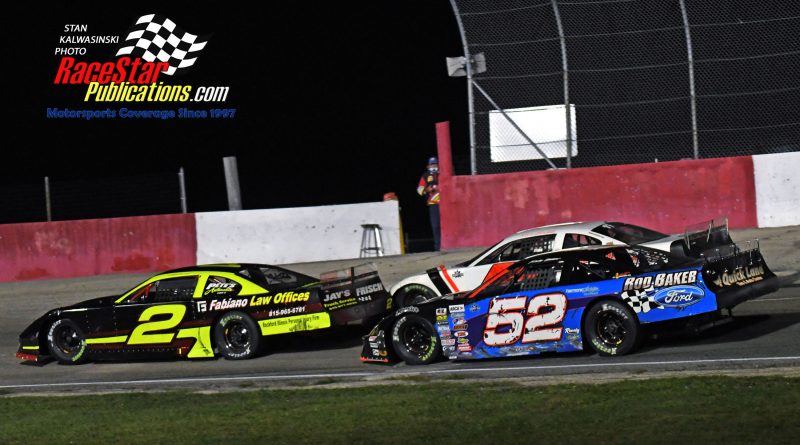 Coming from the outside of the front row of the 26-car starting field, Bilderback, who qualified 10th fastest, drove his Fabiano Law Offices/Crazy Times Pub & Grub/Lefthander Chassis Chevrolet SS to the win, collecting $5,900 and lap prize money.

The 29-year-old South Beloit, Ill., resident, a three-time late model champion at the Rockford Speedway, got by fellow front row starter Jake Gille for the top spot on lap 15 and led the rest of the way at the third-of-a-mile paved oval.

Seven caution flags and a red flag slowed the action with 16 cars running at the finish.  The “top 10” finishers completed all 100 laps.

Bickle and Paul Shafer Jr., who had won the two previous Bettenhausen contests, saw their chances of victory go down the drain as they both were involved in two separate double-file restart incidents.  Both drivers slid through the infield and into turn one traffic, causing two major pileups.  The red flag was thrown after 34 laps were complete for the accident in which Bickle was involved with Shafer being part of an accident after 73 circuits were in the books.  Bickle salvaged a fifth place finish with Shafer being done for the night.

“This is the biggest win of my career,” said Bilderback.  “I knew I had a good car but I didn’t know what it would be in the long run.  It fired off really good.  I got out in the lead and kind of rode.  I was nervous after every caution.  They definitely made us work for it especially with Baker and Shafer behind us.  It was a fun race.

“This is the car I run in the Big 8 Series.  It’s always runs good wherever we go.  That’s why we brought it instead of the super late (model).  The (winning) check will really be nice.” 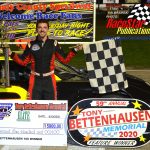 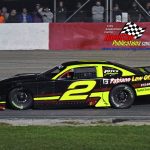 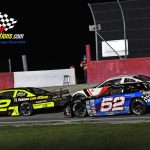 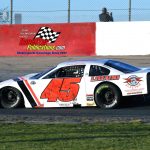 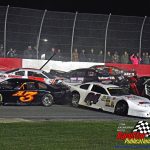 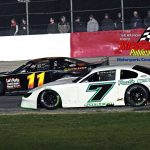 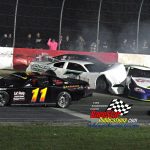 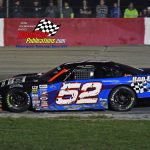 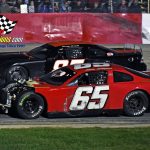 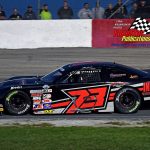 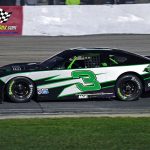 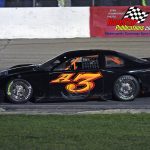 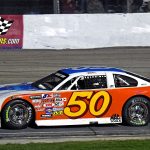 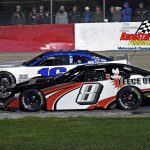 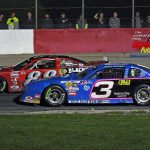 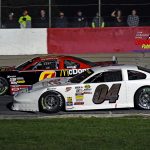 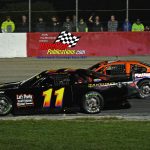 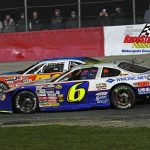 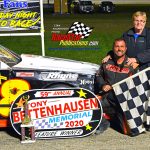 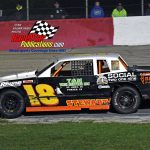 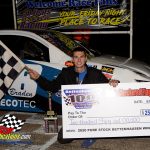 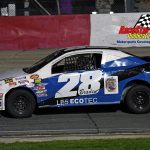 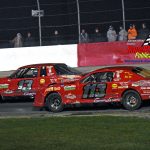 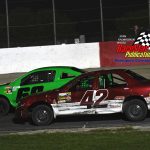 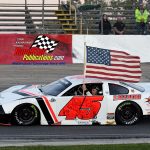