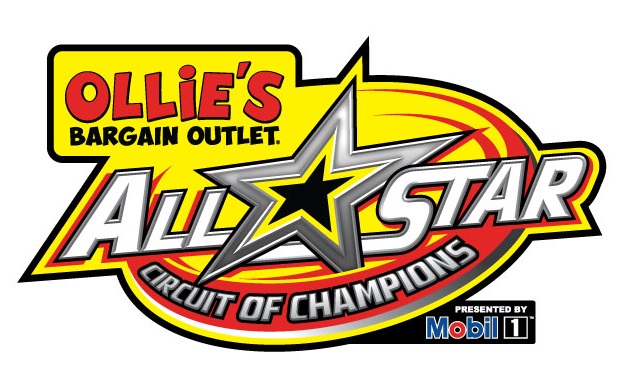 PRINT
BROWNSBURG, Indiana (January 21, 2021) - The previously scheduled All Star Circuit of Champions presented by Mobil 1 swing through Georgia and Florida just got a makeover, as the six-race campaign to Screven Motor Speedway, East Bay Raceway Park and Volusia Speedway Park has officially transformed into the Sugarlands Shine Southern Tour presented by Elliott’s Custom Trailers and Carts. The six-race agenda will kick-off on Friday evening, January 29, with a visit to the Screven Motor Speedway in Sylvania, Georgia.
“We are incredibly excited to have Sugarlands Shine and Elliott’s Custom Trailers and Carts join us for our six races through Georgia and Florida. Their support will heighten our ambitious start to the new year, ” said Tony Stewart, All Star Circuit of Champions owner. “We look forward to these new beginnings with Sugarlands Shine and we hope to continue this relationship long into the future. Cindy Elliott of Elliotts’ Custom Trailers and Carts has been a great supporter of not only the All Stars, but sprint car racing in general, so we are proud to continue that relationship in 2021.”
Sugarlands Distilling Company, located in Gatlinburg, Tennessee, is a craft-distillery producing award-winning moonshine, rum, cream liqueurs and rye whiskey. The “World’s Top-Rated Distillery Experience” offers authentic spirits tastings and first-class entertainment for shine-sipping enthusiasts from coast to coast at their unique barn-house location.
In addition to becoming the title sponsor of the inaugural Sugarlands Shine Southern Tour presented by Elliott’s Custom Trailers and Carts, Sugarlands Shine will also present a nightly contingency award to the driver who leads lap 21 of the respective All Star feature; the Lap 21 contingency will be awarded during the entire 2021 All Star season.

“Moonshine and the sport of racing have a long-standing history with one another. This partnership is a reflection of that shared connection between fans of shine and fans of the All Star Circuit of Champions,” said Patrick Sullivan, chief sales officer at Sugarlands Distilling Co. “Sugarlands Shine will continue to honor these roots by supporting the All Star Circuit of Champions with the Sugarlands Shine Southern Tour.”

Elliott’s Custom Trailers and Carts, a premier authorized dealer of inTech, United, Featherlite, ATC, Legend, Alumitech, and Haulmark trailers, as well as EZ Go golf carts, has been serving the greater Warsaw, Indiana-area, as well as customers from across the US, since 1997. Their support of “America’s Series” stems multiple seasons, most recently sponsoring one of two All Star dashes in 2020.
“We’re excited to continue and grow our partnership with the All Star Circuit of Champions by becoming affiliated with the Southern Tour,” said Cindy Elliott, owner of Elliott’s Custom Trailers and Carts. “We’ve had the privilege of sharing a great experience with the All Star drivers, teams, and officials for several years and we are excited to be back on board for the 2021 season.”
Chasing a total winner’s share equaling $42,000, the traveling All Stars will launch their 2021 Southern Tour with a two-day pit stop at Screven Motor Speedway in Sylvania, Georgia, on Friday and Saturday, January 29-30. The two-day Winter Freeze, featuring Tony Stewart’s All Stars for the first time since 2012, will be the richest two days of the inaugural Southern Tour awarding a total winner’s share equaling $18,000; $8,000 on Friday and $10,000 on Saturday.
After a designated travel day on Sunday, January 31, the All Stars will resume their trek through the South with a visit to the Sunshine State, this time invading East Bay Raceway Park just south of Tampa, Florida, on Monday and Tuesday, February 1-2. Right in the heart of their annual Winternationals schedule, the East Bay doubleheader will award back-to-back $6,000 top prizes.
A two and a half hour jaunt northeast will lead the All Stars from Tampa to Barberville where the Series will continue their Southern Tour campaign with a two-day stint at Volusia Speedway Park on Wednesday and Thursday, February 3-4. Continuing a longstanding tradition of All Star action opening the five-day sprint car segment of Volusia’s DIRTcar Nationals, the midweek appearance will award another pair of $6,000 top prizes.
For those who can not make the journey to Florida for the seven-day/six-race All Star blitz, FloRacing, the official media partner and live broadcast provider of the All Star Circuit of Champions has you covered. Each and every event on the 2021 All Star Circuit of Champions presented by Mobil 1 schedule will be broadcast live exclusively at www.floracing.com. To access live and on-demand racing action from the All Star Circuit of Champions, visit www.floracing.com and become an annual PRO subscriber. The subscription unlocks access to premium content across the entire FloSports network. Watch the events across all screens by downloading the FloSports app on iOS, Android, Apple TV, Roku, Amazon Fire and Chromecast. To check out exclusive content, visit https://bit.ly/2XR863e.