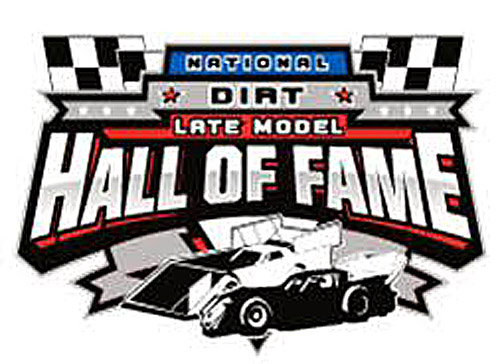 Following its annual selection process, the voting board of the National Dirt Late Model Hall of Fame has once again selected yet another fine collection of five drivers and three contributors for its upcoming 2019 class.

In the driver’s category, Mableton, Georgia’s Stan Massey earned well over 300 victories on southeastern dirt tracks and was the winningest racer in history at the famous Dixie Speedway in his home state during his 29 years on the ovals. Wayne Brooks has over 500 feature wins on his 50 plus year resume, many at the wheel of his familiar UFO lettered race cars. The Bald Knob, Arkansas speed merchant still competes today in dirt modifieds in his region along with tutoring young racers at the Brooks/Shaw Racing School. Streator, Illinois’ Lil John Provenzano has racked up 10 track season points titles and over 500 career feature victories through five decades of competition capped off by capturing a record tying five National Clay Track 200’s at the defunct Santa Fe Speedway near Chicago. Fellow Illini classmate Kevin Weaver, a former UMP National Champion and UMP Summer Nationals Champion, has over 300 main event victories and multiple season points titles at various Land of Lincoln tracks and was a consistent front runner of major dirt late model events nationwide. The veteran Gibson City, Illinois pilot also continues to participate today on midwestern dirt venues. Billy Thomas of Phenix City, Alabama was a top runner in early NDRA series racing, capturing over 200 career checkereds across the south along with creating, with his father Jimmy Thomas, the highly innovative Jig-A-Lo Chassis back in the mid-1970’s.

The trio of selected contributors begin with the Somerset, Kentucky based Cornett Racing Engines, one of the sport’s winningest powerplant manufacturers on a national level, established by the late Ira Jackson “Red” Cornett and carried on to this day by his son Jack. The late Keith Knaack of Vinton, Iowa will be posthumously inducted following 46 years in the sport as an accomplished race promoter along with founding the popular Hawkeye Racing News publication. Also to be honored will be Mooney Starr of Batesville, Arkansas, the flamboyant and innovative promoter of the Batesville Speedway and creator of the highly competitive Mid-America Racing Series (MARS).

The National Dirt Late Model Hall of Fame is located at the King’s Florence Speedway in Union, Kentucky and is open during race event weekends. It is a 501C3 non-profit organization which operates solely through donations. For more info on the Hall and its upcoming events, go to their website at www.ndlmhof.com or their Facebook.