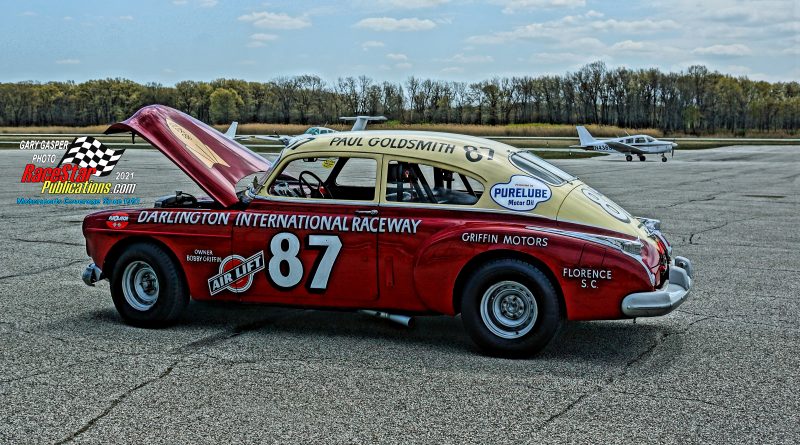 Paul Goldsmith and NASCAR Oldsmobile No. 87 at Griffith Airport

Northwest Indiana’s Paul Goldsmith raced on the sands of Daytona Beach in 1958, wheeling a 1950 Oldsmobile No. 87.  The vintage stock car was on display Friday at the Griffith-Merrillville Airport in Griffith with Goldsmith, now 95, reminiscing about those racing days.

Some 63 years ago – February 1958, NASCAR hosted its final stock car races on the 4.1-mile beach/road course at Daytona Beach, Florida.  NASCAR headman Bill France Sr. was busy with the construction of the new Daytona International Speedway, which would be the site of NASCAR’s “Speed Week” in 1959.

Goldsmith, the owner of the Griffith-Merrillville Airport, raced the No. 87 car in the 125-mile modified-sportsman race at Daytona Beach on Friday, February 21, finishing fifth behind winner, Banjo Mathews.  Curtis Turner won the convertible race on Saturday.  Sunday saw Goldsmith, racing out of St. Clair Shores, Mich., at the time, win the last NASCAR stock car race on the famed beach/road course, driving his Smokey Yunick-prepared 1958 Pontiac No. 3 to the win in the NASCAR Grand National event..

“The beach was smooth but the backstretch was rough – a two-lane paved road,” commented Goldsmith years later.  “It was A1A.  If I remember, they called it the ‘jungle road.’    It was so wavy and rough, you had to have some good shock absorbers on your car.  You could feel the wheels spinning.  You could see the tach (tachometer) jumping.”

A native of West Virginia, Goldsmith, a resident of northwest Indiana since the 1960s, was a top motorcycle racer early in his speed career and has the distinction as the only racer to win on the beach at Daytona in both motorcycle and stock car competition.  Goldsmith’s last major American Motorcycle Association (AMA) victory came on the dirt at Illiana Motor Speedway in Schererville, Ind., in 1955.

In addition, Goldsmith competed in the Indianapolis 500 six times with his best finish being a third in 1960.

Paul Goldsmith and the Oldsmobile No. 87 – legends in auto racing. 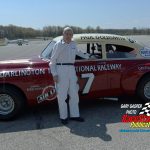 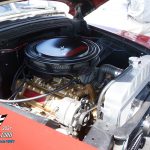 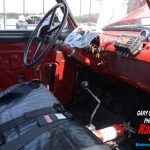 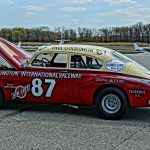 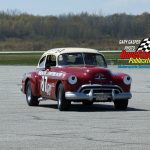 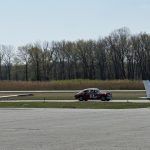